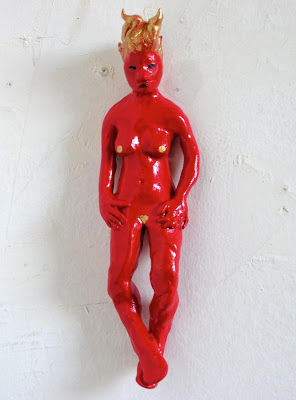 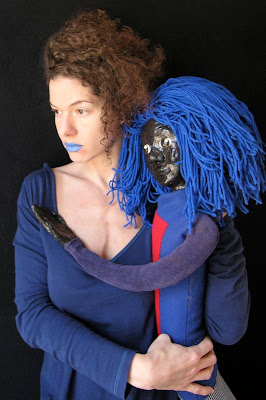 Essay: On Performance Art, Getting Older, and Motherhood.

If I were the reckless performance artist I used to be, in recent months I would have done a very weird performance involving motherhood, breastfeeding and alcohol. The bare bones of this performance would have been this:

1. I drink 2 or 3 cocktails, in the company of people picked randomly from the audience, who are served the drink of their choice.

2. I use an electronic breast pump to pump breast milk.

3. I drink the pumped breast milk while telling of a joke my partner and I have regarding selling alcohol-infused breast milk to “twisted” men on the black market for lots of money, to fund our son’s college education.

Now. Before you say: “How gory! How sensationalist! How very, very exhibitionist!”, consider my thoughts.

When I moved to New York from Germany in 1996, I noticed a particularly American focus on, you could also call it obsession with, the female breast. Not just in places where you might expect such a thing, but in everyday life. Female news anchors for example seemed to have the perfect, yet immobile bust. Coming from Germany, I was used to mainstream magazine covers showing naked women, particularly their breasts (“Stern” magazine, “Bild” newspaper), or the magazines offering to teenagers sexual advice and tips on coping with life, school and romance, and featuring centerfolds of half-naked boy and girl teens involved in heavy “petting” (“Bravo” magazine). I was used to naked bathers around German lakes, and naked sunbathers in German urban parks.

But here in the US, artificially enhanced breasts – whether merely enhanced through padded bras, or enhanced in more drastic ways – breasts that don’t move, don’t wiggle, don’t “flow”, were new to me. The “perfect” breast seemed an integral part of how the female human body – indeed “the female” per se – was depicted in the US mass media. Pair this de-naturalizing of one body part with a certain American penchant for prudery, come all the way down through the centuries from Puritans and other morally rather opinionated groups, and you have the potential for an obsession, fueled through secrecy and tabooism.

I recently heard snippets of an interview with Nigella Lawson on NPR. She mentioned a theory that the aroma of vanilla pleases the senses so because breast milk has a similar taste. The male interviewer’s response was one of slight disgust, pushing the thought far from his own self and intellectual curiosity. I – at the moment a breastfeeding mother – was a bit shocked. His reaction seemed so unnatural, even respectless. I had the impression that the interviewer reacted in such a way because he thought it would be expected of him, supposedly maintaining a minimum of male decorum. Because, had he reacted in any understanding, empathetic or even vaguely interested manner, there would have been an immediate link to his personal sexuality, a no-no for any serious radio journalist. And that’s what’s so odd: Why should the most basic food of humankind, the earliest food a human receives, be associated with a personal adult sexuality reaching beyond that archaic bond between a mother and a child? I think the answer is simple: breasts have become utterly and completely, probably irreversibly sexualized and objectified in our culture.

Breasts are indeed fascinating things. The first source of food after birth, plump soft graspable functional structures with bull’s eye targets in their color scheme. I’m always surprised when people joke that boy babies’ nursing habits will inevitably create a lifelong attraction to the female breast, as though this were somehow to the exclusion of girl babies. I for one have always been interested in breasts. As a child they seemed to me, along with her brain, the seat of a woman’s power. They were mysterious and uniquely female. I couldn’t wait to have them. At 6 years of age, my girlfriend and I would place oranges in the teenager’s bra I inherited from a family friend, wear the bra under a t-shirt, and strut down the empty hot Texan sidewalk in as sexy a walk as we could possibly muster, swinging our hips lasciviously to show off our non-existent waist, practicing for the future that wielding of non-verbal power alone through movement of our bodily assets.(To this day I consider body movement most important in attractivity.)

One of the many discoveries of motherhood is finally understanding, through one’s own body, what breasts are primarily here for. Learning to nurse can be easy, straightforward, intuitive; or difficult, frustrating, impossible; or somewhere in between.

Also through the experience of becoming a mother, I developed a personal theory that the firmed-up, taut, balloon-like breasts, not unlike flotation devices, which one can frequently see in porn or in the surgically altered bodies of reality tv participants, are reminiscent of a pregnant or nursing woman’s engorged breasts. Previously, I had no such associations; I thought it was purely about the “perfect” round shape…it’s ironic, considering engorgement of breasts is unpleasant and painful; the breasts seem to cry out for relief from the suckling baby. Here, in our modern western society, we still come across the ur-markers of attraction that signal fertility…

But back to my imagined performance. For me, performance art is defined by the use of the artist’s self - utilizing mind and body - within a declared, limited time. It is fitting that the notion of doing a performance art piece after a 12-year pause entered my head just when I became a mother. Becoming a parent is surely one of life’s biggest changes; for a mother, the potential for huge bodily transformations is undeniable. - The difference between now and 12 years ago, however, is that even outside of motherhood, my life in its basic “set-up” has changed. All those years ago, I was young and still discovering what it meant to be Halona Hilbertz; I was still making my (granted, inexpensive) living primarily off my art. I still found the performance art surrounding me in Europe exciting. I felt I had some things to say that could only be said in this medium; I had the energy to create non-repeatable pieces that took so much out of me psychologically that I would only do a performance every couple of months. And I did not have a day-job that seems to demand a certain minimum of propriety, especially pertaining to the instrument my body represents. (This last point becomes especially valid in today’s age of world wide web, facebook, and readily available information on just about anything and anybody.)

But most importantly – and underlying every one of these factors – I was less guarded 12 years ago. I had no need to protect myself from what people outside my tight-knit, artistic circle thought and said about me. And so a mature life becomes more complex and more concerned with various factors. Maybe this is part of a parent’s role, too: to supply the careful, introspective, forward-looking perspective to the here-and-now child. Maybe all is good with a parent who actually worries about situations that present themselves, in order to find solutions; instead of wiping problems away with the buoyant youth's wave of a hand.

Years ago I realized that there were many young performance artists - but not many older ones. This could just stem from the old cliche that putting oneself on a stage for everyone to see is the act of an exhibitionist; and exhibitionism as a means of exploring oneself is something many people outgrow with age. People like to apply this cliche to performance art more than to the heavily structured and storied worlds of theater and live music. Performance art is defined by its almost complete freedom from rules and standards, and is harder to judge. The viewer of a performance art piece must primarily rely on his or her own impressions, and can easily feel helpless, even resentful at not knowing "what to say" or "how to react". So, in addition to the lack of the exhibitionist, adventurous, brazen, self-centered qualities of youth, I believe it is this difficulty on the side of the viewers that becomes harder to deal with for older artists, who are more guarded – as I am. If it is, or was ever, true that performance artists are today’s shamans - employing ritual, mystery, and freedom for beneficial effects on viewers - then the role of today’s shamans has surely shifted…

The 1-2-3 performance I imagined would address my (and many other mothers’) ambivalence at becoming pregnant and giving up so-called “freedoms” - for example, the freedom of partying and drinking alcohol. It would address new-found functions a body can fulfill – like breastfeeding. It would address complexities that help make a multi-faceted life work – pumping when away from the baby, working a job. It would address the new social patterns that many new parents enter – sharing a drink with audience members I may or may not know. It would address personal discoveries of how procreation affects the sense of self and sexuality; of how these are seen in the public realm; of what is considered “odd”, “perverse”, “taboo”, or conversely “natural”. It would also address issues of getting older and more careful, such as my financial fears grabbing into the future, so new and surprising to me.

It would also be just plain weird. Maybe too weird for the older, more guarded Halona Hilbertz to want to deal with possible reactions and criticisms. She is the one who hopes she is finally learning to pick her battles, so as to feel less torn between the various roles she plays. 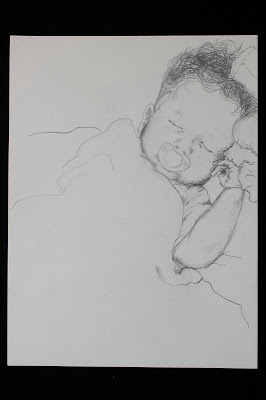 Love those Glitter Pens bought at the Drugstore... 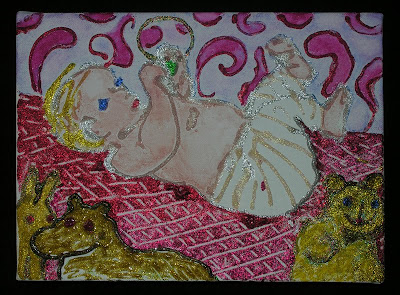 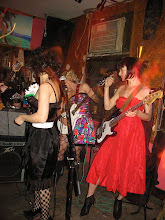